Thank you for stopping by. I am a comedian, father of three, and founder and President of Sacramento Comedy Spot.  I’ve dedicated almost 20 years of my life to improving and expanding Sacramento’s comedy scene. I am going to continue to do that, but I also want to start accomplishing some of my personal goals that I have put on hold for a long time. 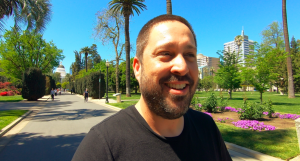 On December 18, 2018 I started a 2979 day adventure to achieve 10 life-changing goals- the same amount of time it took NASA to land humans to the moon. (By the way, I’m also a huge space fan.) One of my goals is to post a weekly video about my progress. That failed the first year, but there is still time! I will consider that goal accomplished if I can sustain weekly videos from January 2020 till the end of this adventure.

Some of my other goals include writing and selling screenplays, buying a home, living healthy, seeing a few rocket launches, doing something worthy being invited on Fresh Air to be interviewed by Terry Gross. And I want to buy a nice suit. Some goals are easier than others.

Almost 15 years later the Comedy Spot features improv, stand-up, and sketch comedy shows six nights a week, and is Northern California’s largest comedy school. I still teach improv and sketch classes and perform in shows like  The Friday Show, Anti-Cooperation League and YOU! The Musical.

Our mission is to make Sacramento laugh. Sacramento Comedy Spot aims to educate and inspire everyone to challenge themselves, make a statement, and tell their story through improv, stand-up, sketch, and film. We support, encourage, and promote diversity and inclusion within our walls and throughout the greater Sacramento community. We create unique, comedy-related events, shows, and classes that connect people of all ages and backgrounds through laughter.