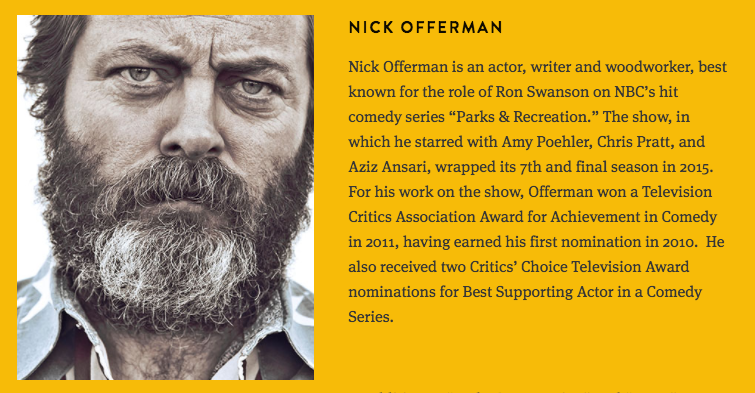 Holy shit! I am hosting a show headlined by Nick Offerman featuring David Koechner!  What?! The show is at the Sacramento Memorial Auditorium on Sunday, April 23, 2017 as part of the Cap City Comedy Series! The Comedy Spot and Punchline Sacramento are also featured during the Comedy Series. Here is a link to the entire schedule! Two of my good comedy friends from Sacramento, JR De Guzman and Elisia Gonzales, will also be in the show. I hope to see you at the show. Holy Shit!